Stephen Kessler is the author of 12 books of poems, most recently Last Call (Black Widow Press); 16 books of literary translation, most recently Save Twilight: Selected Poems by Julio Cortázar (City Lights Books); three collections of essays, most recently Need I Say More? Portraits, Confessions, Reflections (El León Literary Arts); and a novel, The Mental Traveler (Greenhouse Review Press). He is the editor and principal translator of The Sonnets by Jorge Luis Borges (Penguin) and the former editor of The Redwood Coast Review (1999–2014). His translations of Luis Cernuda, Written in Water: Prose Poems (City Lights), Desolation of the Chimera: Last Poems (White Pine Press), and Forbidden Pleasures: New Selected Poems (Black Widow Press) have received, respectively, the Lambda Literary Award for Gay Men's Poetry, the Harold Morton Landon Translation Award (selected by Edith Grossman for the Academy of American Poets), and the PEN Center USA Translation Award. He was born in Los Angeles in 1947 and now lives in Santa Cruz, California, where he is a regular contributor of op-ed columns to the Santa Cruz Sentinel. His website is www.stephenkessler.com.

An Oral Tradition: Vin Scully and the Poetics of Calling Baseball

When the Dodgers arrived in Los Angeles from Brooklyn in 1958, it was the heyday of my baseball career — the only “...

Another Lousy Father: What I Learned from Robert Bly

In the headline for his obituary in the San Francisco Chronicle, Jack Hirschman was referred to as a “Marxist poet.” As ...

Of Schools, Movements and Manifestos: Where Are the Poetry Wars of Yesteryear?

The Architecture of Memory: How Los Angeles Made Me a Poet

Poet and translator Stephen Kessler reflects on his debt to Los Angeles.... 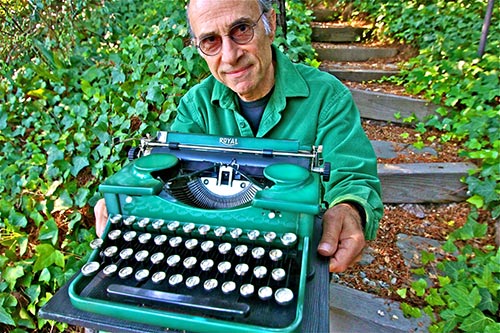