Steven Shapin is Franklin L. Ford Professor of the History of Science at Harvard University. He joined Harvard in 2004 after previous appointments as Professor of Sociology at the University of California, San Diego, and at the Science Studies Unit, Edinburgh University. His books include Leviathan and the Air- Pump: Hobbes, Boyle, and the Experimental Life (Princeton University Press, 1985 [new ed. 2011]; with Simon Schaffer), A Social History of Truth: Civility and Science in Seventeenth-Century England (University of Chicago Press, 1994), The Scientific Revolution (University of Chicago Press, 1996; now translated into 16 languages), Wetenschap is cultuur (Science is Culture) (Amsterdam: Balans, 2005; with Simon Schaffer), The Scientific Life: A Moral History of a Late Modern Vocation (University of Chicago Press, 2008), Never Pure: Historical Studies of Science as if It Was Produced by People with Bodies, Situated in Time, Space, Culture and Society, and Struggling for Credibility and Authority (Baltimore: Johns Hopkins University Press, 2010), and several edited books.He has published widely in the historical sociology of scientific knowledge, and his current research interests include historical and contemporary studies of dietetics, the changing languages and practices of taste, the nature of entrepreneurial science, and modern relations between academia and industry. He writes regularly for the London Review of Books and has written for The New Yorker. He is a Fellow of the American Academy of Arts and Sciences, and his awards include the J. D. Bernal Prize of the Society for Social Studies of Science (for career contributions to the field), the Ludwik Fleck Prize of 4S and the Robert K. Merton Prize of the American Sociological Association (for A Social History of Truth), the Herbert Dingle Prize of the British Society for the History of Science (for The Scientific Revolution), a Guggenheim Fellowship, and a Fellowship at the Center for Advanced Study in the Behavioral Sciences. With Simon Schaffer, he was the 2005 winner of the Erasmus Prize, conferred by HRH the Prince of Orange of the Netherlands, for contributions to European culture, society, or social science.

From the early days of the pandemic, Steven Shapin on the ways COVID-19 requires us to care for each other and our communities....

Is There a Crisis of Truth?

Historian of Science Steven Shapin turns the screw on the notion that “truth” is in crisis....

Neuroenology is the new science of wine....

Enlightenment: It's What's For Dinner

AFTER SAN FRANCISCO POLITICIANS Harvey Milk and George Moscone were gunned down in City Hall by their colleague Dan White in ...

While the cannibal was a prize specimen for theories of the state and human nature, he also posed a grave problem.... 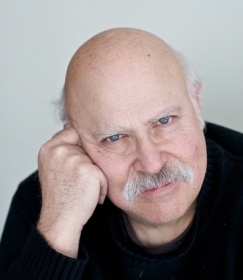